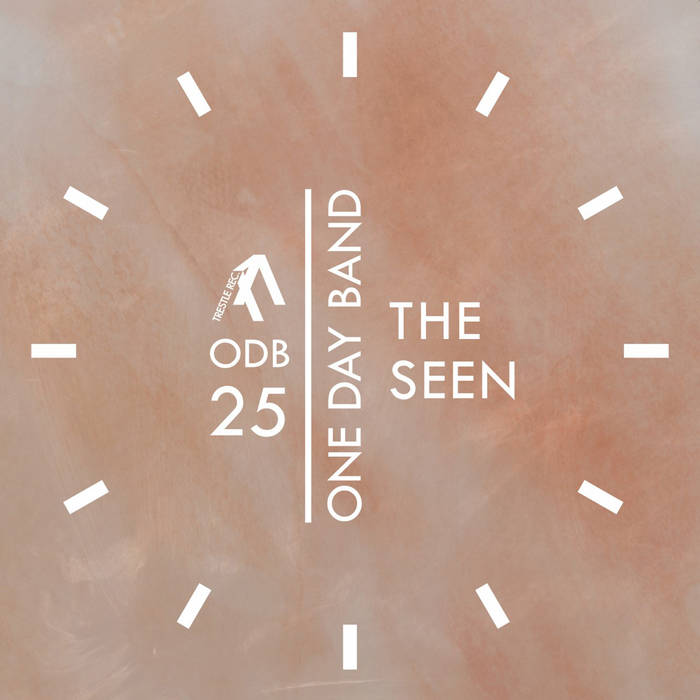 The One Day Band sessions are an ongoing series of improvisations hosted by Trestle Records. Musicians, sometimes meeting for the first time, are invited to collaborate on a record made in a single day. The idea is to create a supportive studio environment to facilitate the production of new spontaneous music.

This session was recorded at Lightship 95

Angharad Davies is a Welsh violinist working with free-improvisation, compositions and performance. Her approach to sound involves attentive listening and exploring beyond the sonic confines of her instrument, her classical training and performance expectation. Much of her work involves collaboration. She has long standing duos with Tisha Mukarji, Dominic Lash and Lina Lapelyte and plays with Common Objects, Cranc and Skogen. She has been involved in projects with Apartment House, Tarek Atui, Tony Conrad, Richard Dawson, Gwenno, Roberta Jean, Jack McNamara, Eliane Radigue, Georgia Ruth, Juliet Stephenson and J.G.Thirlwell.

Phil Durrant is a multi-instrumentalist improviser/composer/sound artist who currently performs solo and group concerts. As a violinist (and member of the Butcher/Russell/Durrant trio), he was one of the key exponents of the "group voice approach" style of improvised music.

Chris Kiefer is a computer-musician and musical instrument designer, specialising in musician-computer interaction, physical computing, and machine learning. He performs with custom-made instruments including malleable foam interfaces, touch screen software, interactive sculptures and a modified self-resonating cello. Chris’ research often focuses on participatory design and development of interactive music systems in everyday settings, including digital instruments for children with disabilities, and development of the NETEM networked score system for musical ensembles. His work also concentrates on machine learning and signal processing for audio and interaction, with an emphasis on nonlinear and dynamical systems.

Luigi Marino is a musician based in London. His work focuses on networks able to display relationships between human and nonhuman actors, with particular attention to how intuitive decisions can profoundly affect pre-existing conditions. He is an active improvisor performing on both electronic media and percussion, especially zarb and bowed custom cymbals.

Mandhira de Saram is a founding member and leader of the Ligeti Quartet, a string quartet who specialise in contemporary music in all its many guises. She is also a busy soloist - an improviser, chamber musician and collaborator, working across a variety of genres with musicians such as Jason Singh, Wadada Leo Smith, Trish Clowes, Ethan Iverson and Shabaka Hutchings. She has regular duos with Benoît Delbecq (with whom she recently released an album, Spinneret) and Steve Beresford, and is a member of TableMusic and Riot Ensemble. She has performed at prestigious venues such as the Wigmore Hall, Barbican Centre, Southbank Centre and St John’s Smith Square in London, and Carnegie Hall in New York, and has featured on BBC Radio 3 programmes such as In Tune, Music Matters, Jazz on 3, Hear and Now, and Late Junction.