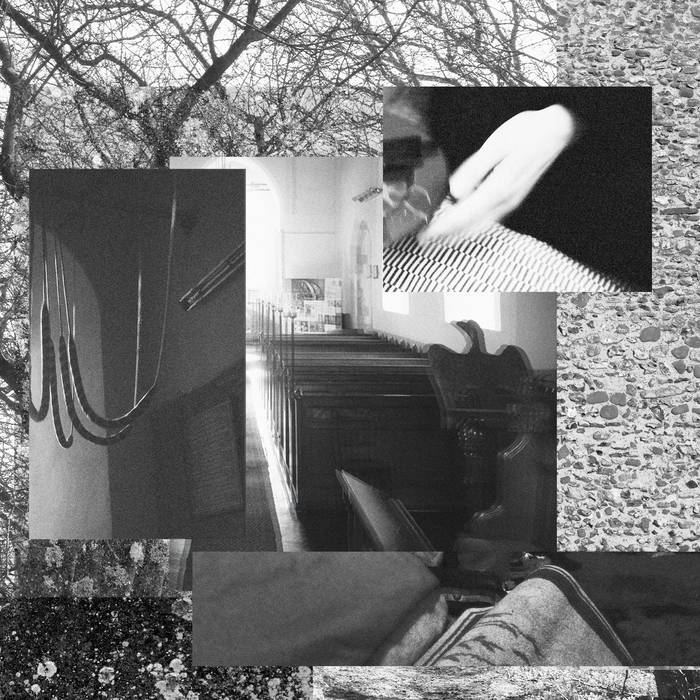 Instance is an 8 track LP conceived by Keir whilst in residency in the bucolic surroundings of Suffolk and completed in his London based studio. Using unlocked village churches, Keir took the opportunity to make a series of recordings that established the overall feeling for the compositions. It is this sense of crystalised moments and chance that directed the continuing ethos of the work.

A number of highly personal field recordings found their way on to the record. A sung stream of consciousness from a friend directly after an epileptic seizure, a local East End Jewish Ice cream van that makes the rounds locally, to the healthy rhythm of a heartbeat whilst in Homerton hospital’s maternity ward. Instance is imbued with memory and the sensation of remembering. The loss that makes a life. Keyboard drones and long patient chords shift gradually. It is a record that constructs place. Reverb and natural acoustics deliver the listener into a highly considered idosyncratic sound world.

Contemplative piano chords ring out amidst field recordings, a female voice evokes from a distance that obscures clarity whilst a sense of captured patience laments. There are touches of Satie, Ghost box and Max Richter. Those musicians who place equal importance to atmosphere, setting and emotive suggestion.

One-off improvised explorations feature alongside snapshots of passing scenes, some autobiographical, some just overheard conversations and glances stolen in passing. These elements are woven together to offer an ambient haunting of elapsed circumstances. A deliberate shrouding, obscuring of the vocal elements brings to mind performers such as Grouper, who value the voice slightly disembodied from word and the requirement to relay specifics. It becomes something more human, more primal and intriguingly mysterious.

‘I wanted to document things that had happened in real time that weren’t overly constructed so you could see the linear process that had occurred. To explore the way improvisation was like meditation in that you do nothing but follow the path your mind takes you down. In that sense improvisations were meditations and I spent time meditating each day before going straight into a solo improvisation. Some of which became the tracks you hear on Instance.

The initial intention of the LP was to have an electronic record that managed to convey a sense of the personal and tell a story as this can often be overwhelmed by aesthetics and function. While the record is now only partly ‘electronic’ in it‘s sound this intention is still the same.The EP vaguely charts the rise out of a depression of sorts and how those around you and your own humility are the strongest things you can rely on’.

Keir Vine is best known to many as the keyboard and Hang player from the Mercury Prize nominated band Portico Quartet. He has composed and arranged music for both film and theatre as well as having produced sound pieces for art gallery installations. He also co-operatively runs a studio space in Hackney by the name of Studio 9.